As we age, the neurological reflexes that control the cardiovascular system start to become sluggish. We notice it in many ways, our maximum heart rate during exercise no longer peaks as high, we are more prone to hypertension, or we may start to experience a brief feeling of faintness if we get up to stand too quickly, because of low blood pressure. This is all part of normal aging.

When low blood pressure standing is caused by the nerves

When orthostatic hypotension has a neurogenic cause and the nerves are either dying or immunologically impaired, it has a distinctly different pattern. The problem becomes permanent, the blood pressure falls each time a person stands up, and it can start to really impair quality of life. Without treatment, some patients may struggle to walk or stand without losing consciousness.

For the last 20 years,  scientists have known the Parkinson disease can start outside the brain. In the 1990’s, Dr. Horacio Kaufmann was one of the first to show that decades before the diagnosis, the neurodegenerative process can begin seeding in the long nerve fibers stretching out to the blood vessels, heart, and gut. We call these diseases synucleinopathies – which means nerve loss due to deposits of synuclein protein that clump together causing cell death. Early parkinsonism can first show up as frequent fainting or fatigue on exertion due to low blood pressure which has a neurogenic cause. When these patients are sent for autonomic testing, their results reveal the autonomic nervous system is starting to fail.

In a letter published in this week’s issue of the Annals of Neurology, we now show that the orthostatic blood pressure heart rate ratio performs just as well in an active standing test. This means we can now screen for neurogenic orthostatic hypotension by taking blood pressure measurements lying and standing using a standard cuff at the bedside. It might seem obvious – but it finally makes screening for neurological causes for orthostatic hypotension widely available.

Paying attention to the heart rate

In collaboration with Innsbruck University Medical Center and Dr. Alessandra Fanciulli, investigators went on to show that if heart rate increases less than half a beat for every millimeter of mercury the systolic blood pressure falls during an active standing test, there is also very high possibility that the cause is neurogenic. Paying close attention the heart rate changes in relation to the blood pressure fall is a sensitive and specific way of finding cases of neurogenic orthostatic hypotension that could be due to abnormal synuclein deposition in the nerves.

Once we detect a low ratio <0.5 bpm/mmHg and we rule out other possible causes like diabetes, we are left with a group of patients that have a chance that this might be  the beginnings of a synucleinopathy process. We know now that brain diseases like Parkinson disease can start outside the brain, with autonomic failure as the only obvious clinical sign.  Having a simple bedside test to screen for those patients is a big step forward.

But it doesn’t mean that every patient with neurogenic orthostatic hypotension will soon develop problems in movement or cognition. For some it can take decades for the motor symptoms to emerge and they may stay as what we call “pure autonomic failure.” We think some patients may progress so slowly that they never reach the full stage to reach the diagnosis of parkinson disease or dementia with Lewy bodies.

Dr. Norcliffe-Kaufmann was asked to talk about pure autonomic failure at the upcoming course for the Movement Disorders Society.  The important take away from the paper is that we  have a sensitive and specific bedside test to identify neurogenic orthostatic hypotension in patients that have a deposits of synuclein throughout their nervous system. Those are the types of patients that we learned we must follow closely. 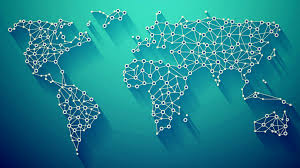 The Center runs a natural history study for patients with pure autonomic failure. Over the years, we have discovered that these patients start to develop signs of motor impairment sometimes accompanied by dementia. A key area of our research is to document closely subtle neurological signs that can indicate the neurodegenerative process is advancing in the brain. This can include things like less arm swing on one side, deterioration of handwriting, problems buttoning buttons, and lack of smell. The combination of those features in a patient with neurogenic orthostatic hypotension can be used to predict the risk that this is neurodegenerative disease can process that may eventually impair the function of nerve cells in the brain.

For tips on how to measure your blood pressure see: here

iThere are no comments