In the Hound of the Baskervilles, Sherlock Holmes is 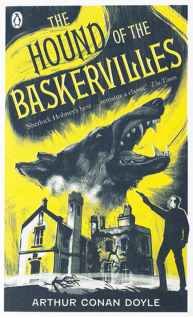 investigating the mysterious death of a superstitious British baronet who succumbed to a heart attack after being chased by a giant devil dog. His untimely death was ascribed to his nervous system being “strained to breaking point”.

The concept of being scared to death was first brought to light in the medical literature by legendary English physiologist Sir Walter B. Cannon in 1942. Cannon pieced together the accounts of different anthropologists around the world who had witnessed Voodoo deaths, in which men could be brought to death by simply believing they had been struck by a black magic curse. Some years earlier, Cannon himself had described the flight or fight response, in which a threat (either perceived or actual) triggers a massive activation of the sympathetic nervous system and the release of adrenalin hormones. He thought that the rapid fatal demise after a Voodoo curse was also linked to the persistent overactivity of the sympathetic nervous system.

While men can be scared to death, the story appears to be somewhat different for women. Takotsubo cardiomyopathy (also known as stress-induced cardiomyopathy or broken heart syndrome) is a peculiar problem that affects primarily post-menopausal women. It is typically triggered by a catastrophic emotional or physical stress, producing symptoms identical to a heart attack (chest pain, shortness of breath, nausea). Only rather than a blockage in the arteries supplying the heart with blood, the symptoms are caused by a strange ballooning of the heart muscle. With a little imagination, the heart resembles the shape of a takotsubo [tah-ku-su-bo] pot, a narrow-necked bulging trap used by Japanese fishermen to catch octopus.

The mechanisms that cause the heart to balloon in takotsubo cardiomyopathy are unclear, but all point towards excessive activity of the sympathetic nervous system. Imagine Cannon’s flight or fight response gone bad.

By putting the autonomic nervous system under scrutiny, a new study by the team at the Dysautonomia Center sheds light on the possible cause of takotsubo cardiomyopathy, and why certain women may be susceptible.

By carefully examining the autonomic responses of women who had a takotsubo episode, the team showed that not only did the women still have excessive sympathetic excitation with emotional and physical stress, they also had too little parasympathetic activity to the heart. In other words, the women with takostubo cardiomyopathy respond to stress with a strong release of adrenalin, but are unable to restrain this back and activate the parasympathetic nerves to the heart that calm their system and restore balance.

This new way of thinking about the role of the autonomic nervous system in takotsubo cardiomyopathy might bring new therapeutic options by enhancing parasympathetic activity to the heart. The good news is that almost all women with takostubo recover fully as the ballooning subsides and the heart goes back to it’s normal shape within a matter of days or weeks.

The paper appeared in the American Journal of Cardiology, and the findings from the study were covered in the Wall Street Journal and CBS News.